Integrity and a commitment to excellence is our hallmark.
We are effective in finding the best possible solution for you.

McArthur Legal Services was opened in 2016 by principal Juliana McArthur. The Abbott Street Chambers are located in what was once a lovely old family home in Abbott Street, Gunnedah.

Juliana can provide you with consistent, quality legal advice at reasonable rates with a commercial focus, supported by Solicitor, Amy Elton, Legal Secretary’s Maree Wilkinson and Jessica Davis, and our law graduate Jesse Northey-Baldwin who is gaining experience here at McArthur Legal Services.

Juliana has given excellent representation for me and my father. She is efficient in dealing with my father's affairs. We have every confidence that her knowledge and actions represent us well. I couldn't be more pleased we chose her to help us.
Jenny
See more testimonials 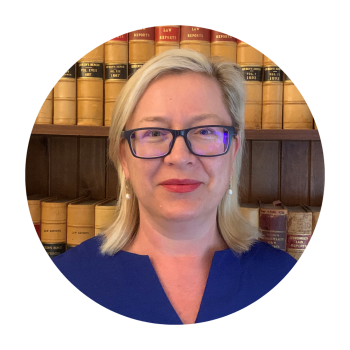 Juliana is our Solicitor/Managing Director. Formerly a solicitor at Clayton Utz (Sydney and Canberra) and at W A Baxter & Co. (Gunnedah), Juliana is passionate about resolving legal issues for clients with a commercial and legal focus.

She has lived in Gunnedah for 20 years.  Juliana also runs a stud cattle, sheep and cropping farming enterprise over 8500 acres at Gunnedah, Mullaley and Manilla with her husband Peter. 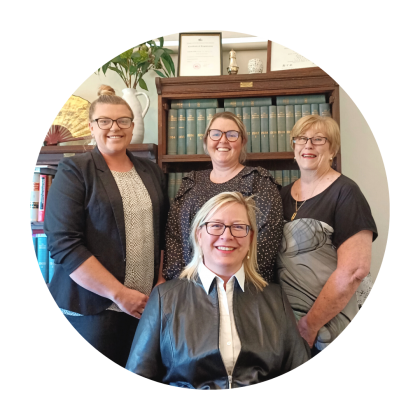 The faces behind McArthur Legal Services are a dedicated and friendly team both equipped and eager to assist you. 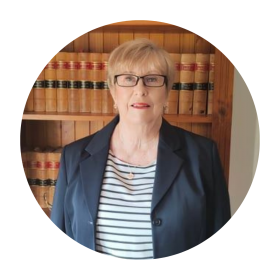 Maree is our Legal Secretary and Book-keeper.  She has lived in Gunnedah for over 40 years and has extensive local knowledge of the community.

Maree will cheerfully take appointments and handle all queries with aplomb. 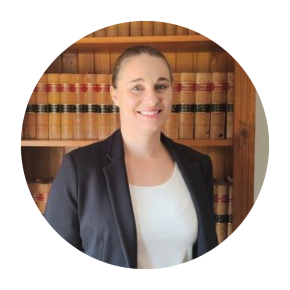 Amy is a Solicitor with McArthur Legal Services. She is working with us part-time while she completes her Doctoral studies in Australian Administrative Law and Human Rights Law.

Amy has interest in Wills and Estates and, growing up on the family farm in Coonabarabran, she is eager to gain wide experience in resolving rural legal issues.

Jessica brings over 4 years Conveyancing firm experience from both the Hunter Valley and Newcastle regions with her to McArthur Legal Services as a Legal Secretary. Particularly enjoying the Conveyancing side of her role, she is eager to further her skills in this area.

Making memories outside of work is what Jessica enjoys best so you’ll often find her spending time with her family and camping.

Drafting and updating wills, Power of Attorney, Enduring Guardianship instruments are some of the services we can assist with. Careful attention to your wishes is our hallmark. We act for estates when applying to the Supreme Court for probate or letters of administration and have successfully represented estates against family provision claims

We can assist you whether you are buying or selling residential, strata, industrial or rural land, including water entitlements, or leasing property and water. You will have a reliable service to ensure good title if you are a purchaser or a smooth sale if you are selling. We have a reputation for efficiency and achieving early settlements.

Your rights and obligations upon the ending of a relationship are handled with compassion and as your firm advocate. We can assist with applications for divorce, parenting or financial agreements (including prenuptial), child support and Family Court orders.

We can draw leases or contracts for sale of a business or assist you with a purchase of business.  We can establish a company or trust for you to assist with a purchase of property or to safeguard a future succession plan.  We will work closely with your financial adviser throughout the process to ensure a smooth transition.  We are successful at recovering debts due to companies and individuals, issuing letters of demand or acting in the Court to secure a judgement order.

With a focus on attempting to resolve the dispute without the cost and uncertainty of litigation, we have a reputation if the matter proceeds to Court of reasonable costs, clear communication and reliable advice. We also handle traffic law matters in Court.

We have direct experience of the challenges faced by farmers on the land and how passing the family farm on to the the next generation can be complex on many levels. We can assist you to navigate an effective plan whilst supporting family relationships.

We can advise you about the transaction documents for the project including terms sheets, access arrangements, security trust arrangements, option agreements and leases for renewable energy projects. We have experience representing landowners who take up offers of hosting wind turbines or a solar farm, drafting the legal documents to secure the commercial arrangement with the renewable energy company.

We have also represented landowners neighbouring renewable energy projects concerned about the impacts of such projects on them. We have negotiated directly with renewable energy companies and consent authorities to ensure the conditions of consent properly address those concerns or provide compensation.

Top service. 10 out of 10. Everyone in the office is very easy to talk to and pleasant, which makes for a very welcoming environment. Juliana is very thorough and time efficient. She is never late as we deal with her services through the Coolah branch. Everyone in the office is very welcoming which allows for easy communication between the clients and staff in a friendly and comfortable manner.
Michelle
Juliana and her team at McArthur Legal Services were of great assistance in my family law matter. Juliana's professional and efficient approach enabled a successful outcome for all parties involved. I would like to thank Juliana for her caring and compassion throughout the entire process. I had confidence that she always had the best interest for myself and my children at the forefront of every dealing. I will continue to use Juliana for all legal services in the future.
Benita
On meeting Juliana McArthur I realised I had made a wise decision in transferring my legal matters to McArthur Legal Services. She has chosen a good support team to assist her who are very supportive and friendly. If you have any questions they are always happy to answer them and are never too busy even if's a question they have explained before. I have no hesitation in recommending McArthur Legal Services to anyone wanting legal assistance.
Debbie
A very professional, personal and caring service - the are all very confidential and really do care about your family! I highly recommend Juliana and her team.
Cherie
McArthur Legal Services have been great to deal with. Professional, obliging, friendly, helpful and prompt responses all the way. Thank you
Julia
We have been dealing with Juliana McArthur at McArthur Legal for many years now and we cannot recommend Juliana and her time highly enough. Nothing has ever been too much trouble in regards to a legal matter, dealt with efficiently and compassionately. As Real Estate Agents, we have been pleased to complete many property sales in our area, with Juliana's assistance. Juliana's regular visits to Coolah to meet clients has been of great benefit to our community members, and much appreciated.
Piper Real Estate
We moved our business across to McArthur legal over 18 months ago. Since that time, Juliana and her team have become another important tool in our farm business. We have always found her to be friendly, knowledgeable, supportive, available and extremely thorough. From keeping our wills updated, conveyancing and leasing documentation, the efficiency and ease from our legal team has made all the processes very straightforward.
Kate
McArthur Legal has been my legal firm for several years. When I first met the principal I found her to be professional, honest and genuinely interested in me and my affairs. Her knowledge and understanding of her profession is second to none. I have always felt comfortable dealing with her and her staff, and would recommend her practice without fear or retribution. I would be more than happy to elaborate further if requested.
John
Juliana and her team are exceptional, the attention to detail, great communication and reliable honest advise regardless if you are selling a house, getting divorced or just need a will prepared. I would recommend to anyone and everyone. And all at very fare rates for the level of service.
Richard

I have been with Juliana McArthur of McArthur Legal Services since her inception and find her to be courteous, thorough and helpful.
George
Found Juliana wonderful. Very professional, genuine and easy to talk to. I cannot thank her enough for what she has done for me. Her staff are always most welcoming and friendly.
Deb 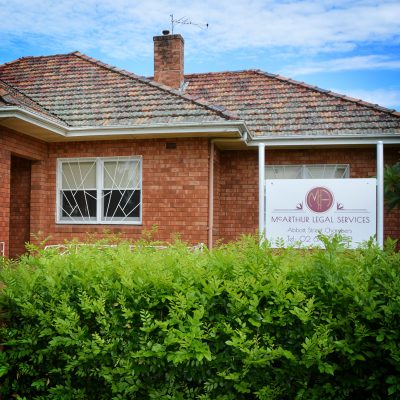 We also travel to Coolah on Wednesdays and we are situated at 60 Binnia Street, next to the Bakery at Piper Real Estate.